Fencing Ireland offers a variety of membership categories with options for competitors and non-fencers.

Please note that all fencers taking part in competition require a licence either from Fencing Ireland or from another national fencing organisation. Certain competitions also require an international licence depending on the body organising the individual event.

2016 sees the introduction of the new Supporter membership – suitable for parents, coaches, referees, and anyone who’s hung up their sword – to give non-fencers a voice in our organisation. This membership is also suitable for fencers who hold a competition licence from another governing body and do not need a second licence from Fencing Ireland, e.g. NI fencers who already hold a British Fencing licence.

Memberships are only available online and can be purchased via the Buy a Membership page.

What type of membership should I take out?

There are several membership categories available. 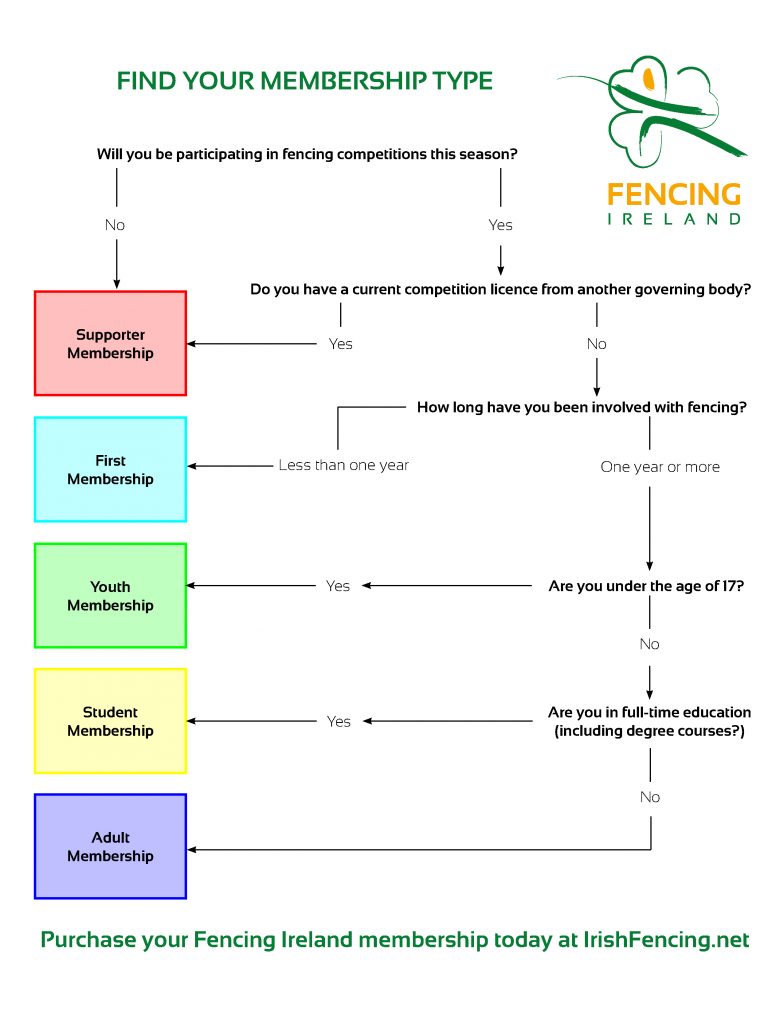 Do I need a competition licence?

Fencers must hold a licence to be permitted to compete in domestic events. Licences issued by other national governing bodies are also recognised for this purpose.

Fencers who wish to compete in FIE or EFC competitions (including the Men’s Épée satellite at the Irish Open) should read about international licences below.

Fencers who wish to compete or referee at competitions organised by the FIE or EFC must have the appropriate licence.

Both organisations issue licences via the national governing bodies in every country. Irish citizens should apply to Fencing Ireland using the online licence system. Applicants will need to supply a passport photo in JPEG format and a scan of their passport photo page.

Fencers who do not hold an Irish passport must apply through their respective national federation.